The Prime Minister has set out the conclusions of the Integrated Review of security, defence, development and foreign policy. 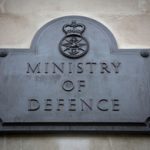 The review is the most comprehensive articulation of a defence, foreign and national security approach published by a British Government in decades. Building on the £24-billion multi-year settlement announced in November, defence will continue its shift in thinking to modernise our forces across sea, land, air, space, and cyberspace. All while targeting reforms to improve procurement support the government’s climate change and research priorities.

I am profoundly optimistic about the UK’s place in the world and our ability to seize the opportunities ahead.

The ingenuity of our citizens and the strength of our Union will combine with our international partnerships, modernised armed forces and a new green agenda, enabling us to look forward with confidence as we shape the world of the future.

Defence is fundamental to the Prime Minister’s vision for a stronger, more secure, prosperous, and resilient Union bound by fundamental interests in Sovereignty, Security, and Prosperity.

The Integrated Review is modernising Defence to counter future threats and promote our interests and values in a more competitive age.

The Defence Paper being published next week will detail the new ways of operating and modern capabilities required to deliver on this vision and support our partners and allies around the world.

Across all four corners of the UK, defence supports over 300,000 jobs which is set to increase with a planned spend of over £210-billion on equipment programmes across the next ten years.

Defence will also benefit from the UK Government’s £14.6-billion investment into research & development and science and technology, using it to influence new designs and capabilities for vital equipment. The Department will spend at least £6.6-billion on research and development over the next four years.

The Review addresses the challenges and opportunities the UK faces in a more competitive world, where new powers are using all the tools at their disposal to redefine the international order and – in some cases – undermine the open and liberal international system that emerged in the wake of the Cold War.

As a nation the UK is uniquely international in its outlook and interests. Whether it’s the millions of British jobs created by global trade, the sheer number of Brits who live and work overseas or the importance of our international alliances for keeping us safe – particularly NATO, which is the bedrock of defence and security in the Euro-Atlantic.

The UK Armed Forces will continue to work together with our global partners deployed on critical missions around the world. In support of this, HMS Queen Elizabeth is to deploy for the first time later this year and will lead the Carrier Strike Group operational deployment across the Mediterranean, Middle East and Indo-Pacific.

The Integrated Review sets out the UK Government’s objectives for defence, security and foreign policy until 2025, focussing on becoming a prosperous and resilient nation with a global perspective.

The Defence Command Paper will be published on 22 March and will outline further details on how defence will adapt and modernise to meet future threats.