The Ministry of Defence has published its latest statistics on the number of serving UK military personnel, also known as ‘strength’.

The total full-time Armed Forces number looks at both trained and untrained members of the forces – meaning those who have completed only Phase 1 of training, as well as those who have also completed Phase 2 of training. Phase 1 includes all-new entry training to provide basic military skills, while Phase 2 includes initial individual specialisation, sub-specialisation and technical training, following Phase 1.

As of 1 January 2021, the total strength of full-time trained and untrained UK Armed Forces was almost 156,600, 56% within the British Army and the rest split equally between the Royal Navy and the Royal Air Force. However, when looking exclusively at full-time trained strength, the number of personnel was 135,444, comprising 76,348 in the Army, 29,136 in the Royal Navy and Royal Marines, and 29,960 in the Royal Air Force. This is a shortfall, both on the overall number and in the service-specific figures, of the 2020 target of 144,200 set out in the National Security Strategy and Strategic Defence and Security Review (SDSR) 2015.

According to the 2015 document, the Government committed to “maintaining the size of the regular Armed Forces”. One of the other promises was also “not to reduce the Army to below 82,000” and increase both the Royal Navy and the Royal Air Force by 700 personnel. These numbers evidence a shortfall of 6% overall and 7% in Army figures, 4% in Royal Navy and Royal Marines figures, as well as a 6% shortfall in the RAF. Across all three services, 19% of personnel were officers (30,150) and the rest held other ranks.

However, the distribution of officers was uneven across the services, with a quarter of RAF personnel recognised as officers (25%) and fewer than a fifth of them in the Army (17%). 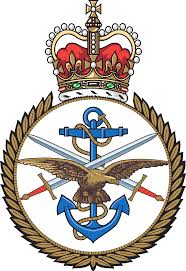 In 2016 there was also a change in the definition in the measurement and target for the Army Reserve, moving the definition of trained strength from personnel that had completed Phase 1 and Phase 2 of training to just those who had completed Phase 1. The RAF Reserve is the only service to have achieved its target. On 1 January 2021, the Maritime Reserve was 256 personnel short of its target and the Army fell short by 3,180 personnel.

Diversity in the Armed Forces

At present, the number of non-white personnel falls just short of the 2015 SDSR commitment to reach 10% intake from non-white ethnic groups. The Armed Forces are also made up of a relatively young group of servicemen and women, with 25% of personnel under the age of 25 and the overall average age of 31.