A groundbreaking ceremony has taken place ahead of a new sculpture being placed in the National Memorial Arboretum in Staffordshire. The memorial will commemorate the sacrifices of 5,349 submariners who lost their lives.

The Submariner Memorial Appeal was launched in 2018 to raise £440,000 to fund the sculpture and, for many families, it will be the only dedication they have for their loved ones – who were given no formal grave.

Captain Irvine Lindsay, Deputy Commodore of the Submarine Service, said the memorial will “mean everything” to members of the service.

“For a very long time we’ve been the silent service.

“Our actions are hidden away, we don’t talk about what we do and it’s really nice to have an opportunity to let the families, in particular, see a memorial where they can come and [have] some private contemplation and [have] a memorial to the actions of submariners for the last 120 years.”

The statue will arrive at the National Memorial Arboretum in May and will sit among other memorials dedicated to the Royal Navy. 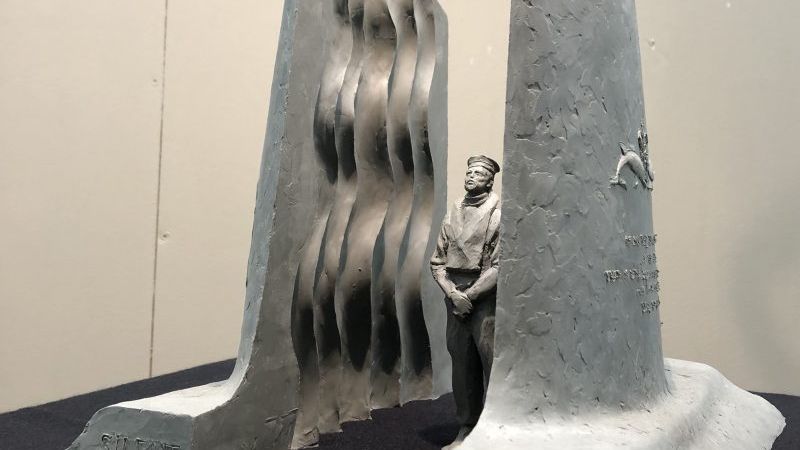 It will be sculpted by well-known artist Paul Day. The sculpture is based on the winning design from a national competition launched last year. Mr. Day is renowned for creations including the Battle of Britain Memorial on London’s Embankment and the Meeting Place sculpture at St Pancras station.

The new memorial will be 4m long and 3.5m high, cast in bronze with a quote on the left-hand side from Sir Winston Churchill: “Of all the branches of men in the forces, there is none which shows more devotion and faces grimmer perils than the submariner.”

It is set to be opened to the public in 2022 in a ceremony that will be attended by Prince William, Commodore-in-Chief Submarines.

The Submariner Memorial Appeal has raised money towards a target total of £375,000 to fund and maintain the project, which will replace the current tribute, a small plaque. Mr Day said the planned design for the sculpture would set it apart and make it “easily spotted” by visitors to the arboretum.

“Mirroring the winning design, I imagine visitors walking through a somewhat confined space to suggest the constraints upon movement that dictate life on board a submarine,” he said. “The conning tower shape has that advantage of being instantly recognisable, a beacon that could be easily spotted and identified within the plethora of monuments at the arboretum.

“In order to honour the sacrifice of families who bear the brunt of separation and worry, I decorate one side of the conning tower with a low relief depicting spouses, children and parents waiting for their loved ones to return. “They are present in the hearts and minds of those on board,” he added. “Their subtle presence in relief would signify this and the very real part they play in keeping submarines working at sea.”

Often known as the ‘Silent Service’, Royal Navy submarines have been at the forefront of underwater warfare and have been involved in all recent UK military campaigns from Kosovo to Afghanistan and Libya.