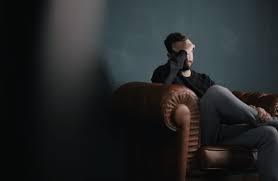 Thousands of military veterans are being ‘forced to rely on universal credit’ payments after the UK government broke its own promise on employment support, a Labour MP has claimed.

Official government figures reveal that an estimated 70,000 veterans are claiming universal credit. However, West Lancashire MP Rosie Cooper says the true number is likely to be much higher because “these figures are drawn from an assessment of just 45% of claimants”. Ms Cooper said: “Ministers admitted for the first time last month that 33,800 veterans are currently receiving Universal Credit after serving their country, following parliamentary questions to Ministers from Labour’s Shadow Defence Secretary John Healey.

“However these figures are drawn from an assessment of just 45% of claimants, meaning the actual figure could be more than double that.

“The Conservatives also broke their own promise on employment support for veterans. In 2019, the Government announced up to £6 million to fund more than 100 Armed Forces Champions in jobcentres. “However, the Veterans Strategy Action Plan confirmed that Ministers were pushing ahead with plans for only 50 Armed Forces Champions. “A report by the Royal British Legion last year found that former personnel are less likely to be in full-time or part-time work than the general population, and nearly twice as likely to be unemployed (11% versus six%).

“Ministers are forcing veterans to rely on universal credit during the cost of living crisis. “As veterans struggle with rising bills and inflation, the Government has still not revealed how many veterans in total are relying on universal credit, including in West Lancashire, as well as explaining why they have picked this moment to cut employment support to former personnel in half. “We have a moral duty to our troops as they transition from military to civilian life and must ensure veterans are receiving the right welfare and employment support to get through the tough months ahead.”