The number of British Army personnel will be reduced by 4,000 soldiers by the year 2025. 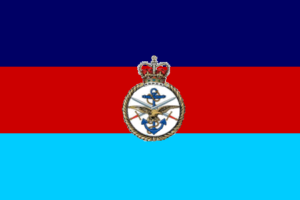 The Defence Secretary told the House of Commons that the service would decrease from its current size of 76,500 regular troops, to 72,500. Ben Wallace said there will “not require redundancies”, echoing comments made by the Prime Minister last week, and added the aim will be to develop the work done by reserves for a “better integrated” Army. Mr Wallace added that no cap badges will be lost.

He told the Commons: “The Army’s increased deployability and technological advantage will mean that greater effect can be delivered by fewer people.” The Defence Secretary also said previous reviews have been “overambitious and underfunded” and they have left forces “overstretched and underequipped”.

The confirmation follows reports over the future of troop numbers, and comes as the Defence Command Paper’s findings are published. Until now, the target for regular troops has been set at 82,000 – an established strength the Army has not met since the mid-2010s. The number of Army reserves is expected to remain at about 30,000.

Boris Johnson earlier today told Forces News “brave decisions” had been made around the future of the military, but did not directly respond to a question about the reduction in soldier numbers. The Prime Minister said that overhauling the Armed Forces will make them “more valuable” to the UK’s allies, as well as acting as a deterrent to the nation’s “foes”.

Speaking in the Commons after Mr Wallace’s announcement, shadow defence secretary John Healey said this reassessment is needed because the last two defence reviews have “weakened the foundation of our Armed Forces”. Mr Healey said: “The Defence Secretary pledged this defence review would be different. Yet I fear this defence review is set to repeat many of the same mistakes. “The strength of our Armed Forces cut again, crucial military capability cut again, plans to complete a full overhaul of the Army in 10 years’ time again.” He added that the threats to Britain “are increasing”, yet “this is a plan for fewer troops, fewer ships, fewer planes, over the next few years”.

The Royal Navy, meanwhile, is expected to expand in terms of both fleet and personnel, but the precise numbers remain unconfirmed. In terms of vessels, the Navy is to get Type 26 anti-submarine ships, Type 31 general purpose frigates and Type 32s to replace the ageing Type 23s. The service will also receive three new classes of support vessels and two new types of submarines, including four Dreadnought-class ballistic missile submarines. However, it is unclear how many of the new ships will be operational before the old ones leave service in the mid-2020s.

The Royal Air Force‘s future plans are also being refocused around Tempest, the future combat air system, which will see an additional £1.2bn invested in its development. The RAF is expected to see an increase in unmanned fighter jets that could potentially exceed the number of those with pilots on board.

F-35s will be also ordered for the life of the Queen Elizabeth-class carriers, but details of the number to be ordered are not yet available. The C-130 Hercules aircraft will be retired in 2023, with the capability transitioned to the A400M. The tranche one Typhoons will be retired in 2025, although the RAF will retain seven Typhoon squadrons.